By Pamela Grundy and Calvin Cupini

Environmental justice is the watchword of the day. The world is warming, and communities across the globe are organizing to address widespread environmental damage. The convergence of politics, economic power and racism means that pollution disproportionately affects the world’s most vulnerable communities. Environmental justice efforts target the root causes of the damage and its disparate impact, while charting paths to restoration.

Here in North Carolina, environmental justice issues suffused the international Citizen Science Association Conference held March 13-17 in Raleigh. They will also be the major focus of Clean Air Carolina’s upcoming NC BREATHE conference, where participants will address the promise and the challenges of environmental justice work.

History of the environmental justice movement

North Carolinians have played key roles in advocating for environmental justice, starting back in 1982. That September, protesters captured national attention when they laid down on a rural Warren County roadway, blocking the entrance to a toxic waste dump that had recently been built in a former soybean field.

Warren County residents, who had plenty of experience with racial and economic oppression, had no confidence in the state’s assurances that the facility would safely contain the PCB-laden dirt that filled the dump trucks whose path they were blocking.

In addition, they argued that it was no coincidence that North Carolina officials had chosen to place the highly controversial facility in a low-income, predominately African American county.

Years of community protest – and subsequent revelations that U.S. toxic waste dumps were far more likely to be located near black and brown communities than white ones – helped spark a movement that now links thousands of grassroots community efforts around the world.

In 1991, at the First National People of Color Environmental Leadership Summit, delegates created 17 Principles of Environmental Justice that included “ethical, balanced and responsible uses of land and renewable resources,” “the right to participate as equal partners at every level of decision-making,” and “the right of victims of environmental injustice to receive full compensation and reparations for damages as well as quality health care.”

As the Citizen Science Association conference showed, the push for environmental justice has dovetailed with a growing interest in “citizen science” – projects in which people not employed as professional scientists collect data for scientific endeavors. Because communities that suffer environmental damage so often have their concerns challenged or dismissed, many have embarked on their own data-collection efforts, often working with universities or nonprofit advocacy groups.

A sampling of the broad range of citizen science efforts inspired by environmental justice work was on display at the conference. Highlighted projects included a collaboration between Alabama organizations to engage young people in watershed research and restoration; a global consortium that monitors and eliminates mosquito “hot spots;” work to measure the often-overlooked phenomenon of noise pollution; and studies of air and water quality in places such as Oakland, California, Flint, Michigan, and Atlanta, Georgia.

Here in North Carolina, multiple groups are working on projects that address harm to the environment and human health that arises from activities such as coal ash storage, heavy construction, and concentrated animal feeding operations (CAFOs). Many of them share ideas and support through the North Carolina Environmental Justice Network.

Clean Air Carolina’s AirKeepers project, started in 2016, has been our first effort to partner with communities in this actionable, contributory way. We started by working with residents in Charlotte’s Historic West End, a historically African American community that is surrounded by major highways and home to many industrial facilities. Working with a grant from the Z. Smith Reynolds Foundation, we organized air quality monitoring events, offered hands-on STEM education, installed particle pollution sensors in several Historic West End neighborhoods, and paid residents to monitor the sensor data.

After three years of collecting air quality data, Historic West End residents are now gearing up to work with local officials to establish a Clean Air Corridor that will help reduce pollution in the area. They began with a series of advocacy training workshops designed to help them effectively advance their goals. Community members led the meetings, decided the priorities, and had the final say on the resulting plans and actions.

Clean Air Carolina has also begun to expand these efforts by placing particle pollution monitors throughout the state. The monitors can be used to expand the network and capacity of citizen science in the state to areas that lack regulatory monitors or easy access to large, well funded research institutions.

We are working to provide at least one monitor in each of the state’s 100 counties. These monitors will provide a free, robust, peer-reviewed, open sourced, representative, scientifically significant, and publicly accessible platform of data that can be used equally by public, private, academic, and local communities.

The combination of citizen science and environmental justice can be profoundly empowering – helping residents to access more information about their communities, inform their neighbors, and effectively advocate for change where they live.

But the work can also involve conflict and tension, because citizen science often exposes an uneven balance of power between communities and institution-based scientists. These challenges became a key focus of attention at the Citizen Science Association conference, starting with the powerful keynote address and continuing through discussions of concerns about the way resources are distributed, where the direction and power of decision-making lies, and the often one-directional nature of collaboration between institutions and communities. 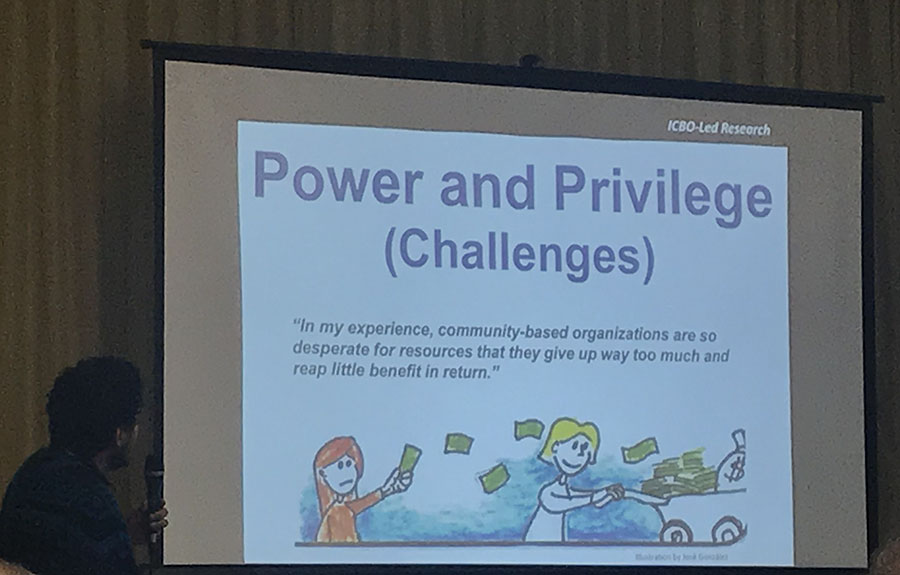 Too often, community participants noted, the conventional structure of scientific inquiry benefits researchers and institutions but produces no real improvements in the lives of affected individuals and communities. Researchers do not always respect the local knowledge of community members, and sometimes leave people feeling like guinea pigs rather than active participants.

Furthermore, the incentives of researchers, partners, and vendors who might provide tools, services, data, or devices are not necessarily aligned with the goals of community participants, a mismatch that can lead to unwanted outcomes, unrepresentative conclusions, and unshared products and data.

Several sessions focused specifically on efforts to address these challenges. One especially compelling presentation, put on by #Power30icbos, introduced the results of a three-year study that involved more than 30 community-based organizations across the country, Presenters used music, dance, video and audience participation to explore ways that community organizations and scientific institutions can address power, privilege and institutional racism.

Two of the project’s just-released workbooks – one for community members and one for researchers – offer strategies for exploring and addressing problematic ideas and common experiences such as Trickle-Down Engagement, Walking on Eggshells, the Robin Hood Approach, and the Savior Syndrome. 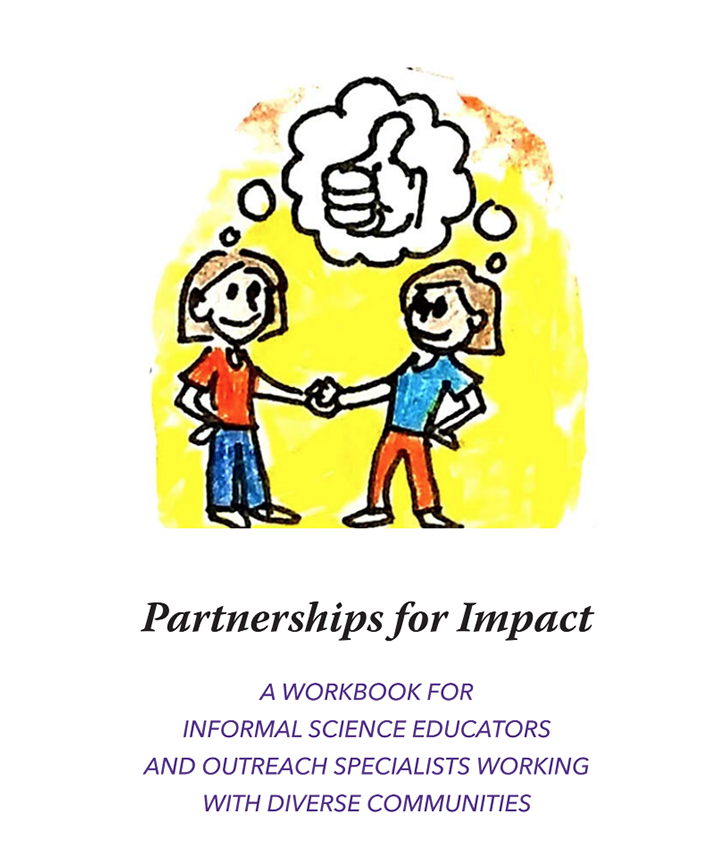 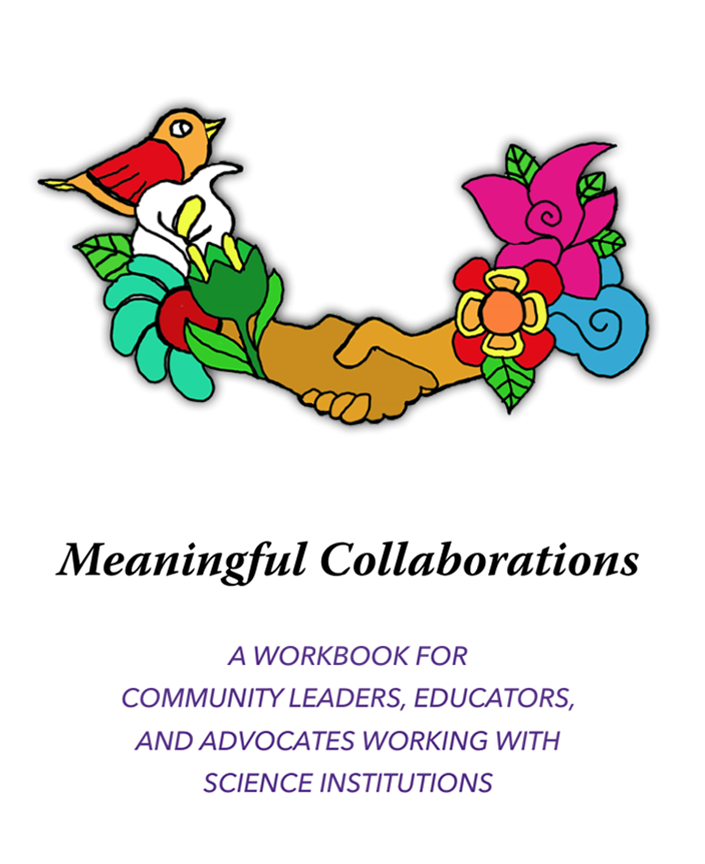 Dealing with these deep-seated power disparities is an ongoing process that requires constant awareness, engagement and determination. Participating in the Citizen Science Association conference and preparing for our NC BREATHE event has prompted us here at Clean Air Carolina to reassess our own environmental justice work and to start putting together a more formal expression of the principles that we seek to follow. We’ll be posting more about that in the next few weeks.