North Carolina must develop a state Carbon Plan by the end of 2022 that reduces carbon dioxide emissions, a climate-changing pollutant. CleanAIRE NC is working with our partners to ensure a strong and equitable Carbon Plan is developed with the public interest in mind.

Show Your Support for a Clean Energy Future

The next few months will be transformative for our state’s energy future and we still have an opportunity to speak up! 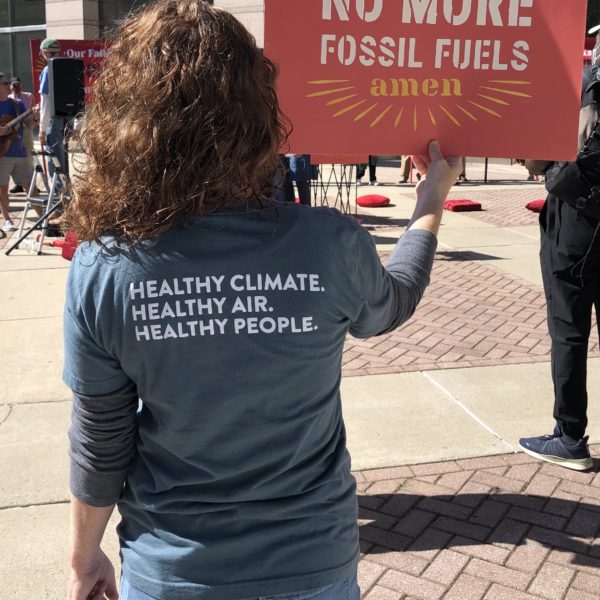 The Good, the Bad, and the Ugly

Led by NC Climate Ambassadors, this recorded webinar provides an overview of the NC Carbon Plan, distinguishes between strategies that move us closer to a clean energy economy and those that don’t and discusses the best opportunities for us to engage collectively and individually in this important process.

What is the NC Carbon Plan?

Duke Energy says, “The Carolinas Carbon Plan will serve as a road map for reducing carbon emissions from power generation.”

Duke Energy says, “The Carolinas Carbon Plan will serve as a road map for reducing carbon emissions. Guided by stakeholder input, the plan will target 70% carbon reduction in the 2030 time frame, as compared to 2005 levels, and achieve net-zero carbon emissions by 2050.”

Duke Energy says, “We’ve already made incredible progress, retiring two-thirds of the coal plants in the Carolinas and reducing emissions by more than 40% since 2005. We are committed to bringing our customers and communities affordable, reliable and clean carbon-free energy as quickly as possible.”

Is the same Carbon Plan being filed in North Carolina and South Carolina?

No. South Carolina does not have a Carbon Plan. Duke Energy says they do not plan to move their emitting sources of energy generation south. However, studies like one compiled by The Brattle Group in slides 15, 16, 94, and 95 of their slide deck, indicate that Duke will likely claim that, to preserve energy reliability, it must replace coal with more methane gas.

It is entirely possible that Duke Energy will try to build out methane-fueled plants in South Carolina. Since solar generation is now generally cheaper than other sources of electricity generation, methane or other fossil fueled generation sources may not survive. However, once Duke builds a new methane-burning plant, customers will be on the hook to pay for it, even if it has to close early due to changing economics or carbon policies. Most large fossil fuel plants are financed with 30+ year long agreements, an Energy Innovation report estimated that cost of early closures at $4.8 billion.

Who decides on the final NC Carbon Plan?

Regulators. In fact, HB 951, the North Carolina law that requires this process, mandates that the Utilities Commission create the plan themselves. People Power NC and CleanAIRE NC affirms as its first key principle in 12 Principles for a Carbon Plan in the Public Interest that the plan is the sole responsibility of the Commission.

We believe in the event that Duke Energy’s plan does not hit the statutory emission reduction levels, the Commission must send Duke back to the drawing board.

Why does carbon reduction matter?

A 2021 report by Energy Innovation shows that a strong national clean electricity policy will avoid health and climate damages to the tune of $100-250 billion through 2030-35, and $1-3 trillion through 2050. It will also prevent between 85,000 to 300,000 premature deaths through 2050. The report demonstrates benefits to grid reliability, job growth, and energy affordability. While the NC Carbon Plan is specific to North Carolina, it positions our state to be a leader in the transition.

Including policies like RGGI in the NC Carbon Plan can also “improve health outcomes in fenceline communities…[by making] relatively deep reductions in local air pollutants, including coal retirements,” and “is important when considering equity in policy design” (page 6).

How will the Carbon Plan affect customer rates, and when?

Duke Energy says, “It is too early to determine the potential cost.”

How does methane gas fit into the Carbon Plan? Is gas compatible with a net-zero goal?

People Power NC’s 7th principle is “Allow No New Gas.” The Brattle study confirms on pages 20 and 99 that unless additional solar generation or additional wind is considered, it will be very difficult to meet the 2030 target of 70% carbon reduction.

Confirming this possibility, Duke’s latest Integrated Resource Plan on page 16 called for building as much as 9600 MW of new methane-burning power plants, so it is highly likely the NC Carbon Plan will likely include a significant investment in new gas plants.

Though methane gas emits less carbon dioxide than coal when burned, it still emits a lot. New methane-burning power plants built today will have a useful life of several decades, so ratepayers will either be paying to retire those units early, or still be emitting CO2 well past 2050. More importantly, methane is a climate pollutant up to 100 times more potent than CO2. A March 2022 study published in Environmental Science & Technology shows as much as 9.4% of the methane being extracted today may be leaking unburned into the atmosphere. Earlier research found that any leakage over 3% made methane gas worse for the climate than coal.

Sign up to get more information about the public witness testimony opportunities, how to engage in other ways, and receive reminders of key dates as the NC Carbon Plan is developed.
Sign Up

Duke Energy’s FAQ with agendas, videos, and other resources from their three-day-long stakeholder meetings, and “technical subgroup meetings.”

Academic papers specific to North Carolina and the Southeast: