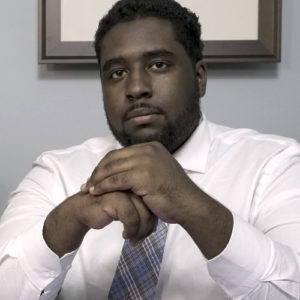 The struggle for climate health and for climate justice are inseparable. We simply cannot achieve one without the other.

As the Strategic Partnerships Manager for the Climate Reality Project, William Barber III understands how climate change threatens to exacerbate existing social inequities. But he worries that failing to recognize these connections could prevent us from averting the worst outcomes of the climate crisis.

“We can’t say we’ve been successful on climate if we only bring some communities along but sacrifice the others.”

Barber grew up in eastern North Carolina. The son of Rev. William Barber II of the Poor People’s Campaign, from an early age he developed a keen sense of justice and activism.

“I always had that deep sensitivity that serving the community was an important piece of what I wanted to do,” he recalls.

Still, Barber wrestled with how to best leverage that passion. Inspired by a lifelong love and appreciation of the natural world, he enrolled at North Carolina Central University to pursue a degree in environmental science. Unsure how this discipline could serve the activism he had been taught, Barber signed onto an NAACP-organized tour of North Carolina that sought to go to poverty-stricken areas to put a face on the people and communities being left out of public policy. It was on this tour, in a tiny town called Navassa, that William Barber began connecting the dots between his activism and his environmental studies.

Located just outside of Wilmington on the Cape Fear River, Navassa is home to both a majority Black community and a highly polluting wood processing plant. After some conversations with community residents and members of the city council, the tour participants began getting back onto the bus to drive to the next stop. That’s when Barber saw an older woman step forward from the crowd.

“She didn’t say much at first, but as I watched her she began to tear up,” Barber remembers. “And she said, ‘I want to thank you all for coming out, to see about us. A lot of people don’t come out, and don’t pay much attention to us…I want to share my story. Because of what the company had done, because of the pollution that was put in the ground, eleven out of thirteen of my siblings died of the same cancer.’”

The experience left a deep impression on Barber. “That just cemented this notion for me that that wasn’t right. Pollution like that just wasn’t right, and people need to be held accountable for it.”

It’s fast becoming clear that the same communities that have been devastated by environmental injustice for generations also stand to bear the brunt of the climate crisis.

“When you look at who is being hit now by the manifestations of climate change, it looks like poor, southern, rural communities of color,” Barber explains. “It really is a vicious cycle.”

Communities of color and low-income communities are concentrated in areas that are the hardest hit by extreme heat waves and flooding. Their lack of access to quality weatherized homes make them more susceptible to deaths from extreme weather. And they have fewer resources that could allow them to absorb climate-driven economic shocks.

Crucially, these communities are also being excluded from our democracy through laws aimed at restricting access to the ballot.

Barber believes that for us to move forward on climate justice, the first thing we need to do is recognize how all these crises — climate change, poverty, racial disparity, democracy — are truly inseparable. Once we recognize that, we can also begin to see how intersected their solutions must be. This opportunity for synergy will be at the forefront of Barber’s mind when he delivers the Keynote Address at the NC BREATHE 2021 conference.

NC BREATHE 2021 will bring together community groups, policymakers, medical and health professionals, academics, students, and environmental advocates from across North Carolina, all with the same goal in mind: finding climate change solutions that put health and equity first.

That’s what Barber sees as the real opportunity of NC BREATHE. By bringing together so many audiences who can offer their own perspectives and insights, we can begin to grasp the full scope of the problem, and try to the solutions to address it.

“This crisis is of a scale that we have to shift our policy to recognize there is a role for each of us to play. We all have to find our role.”