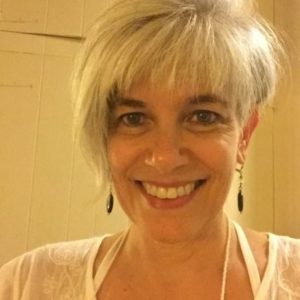 The Age of Consequences for so-called ‘externalities’ has arrived – but what is an externality? In the jargon of economists, an externality is a cost (or benefit) to a third party who did not agree to it. Air pollution is a classic externality. For example, power plant owners or car manufacturers don’t bear the costs in health and other damages from the air pollution the power plant or car emits. So who pays? Anyone who breathes, in the form of increasing asthma rates, hospitalizations, and ever-increasing climate disasters.

The Age of Consequences also means increased costs in terms of droughts, floods, and other extreme weather events. Conservative author Ayn Rand noted that a person can “avoid reality, but not the consequences of avoiding reality.” In 1936, Winston Churchill lamented the consequences of British inaction in the face of Nazi expansion: “The era of procrastination, of half measures, of soothing and baffling expedience of delays, is coming to its close. In its place we are entering a period of consequences. We cannot avoid this period, we are in it now.”

When it comes to climate change, frontline communities all over the world know full well that “we are in it now.” Communities forced to host oil or gas pipelines on or near their land know what living with externalities means. Pipelines snaking across landscapes leak and spill, contaminating valuable drinking water. Coal ash has been dumped on some communities for over 50 years, and is linked to increases in cancer and other health problems.

Fossil fuels burned in power plants – especially coal and fossil gas – are externality machines on steroids. This begs the question: which fossil fuel does the most damage?

Although burning coal creates the most CO2 as well as acid rain and other hazardous air pollutants, burning fossil gas (AKA ‘natural’ gas) ultimately does more damage to the climate than burning coal. Fossil gas, most of which is methane, stays in the atmosphere for much less time than CO2; unfortunately, it is also far more reactive and thus has a warming effect 86 times worse than CO2 over 20 years.

The chart below, from the Guardian, shows that accounting for pollution costs in the price of coal costs would add 24 cents/kWh, while fossil gas would cost another 11 cents/kWh. These numbers mirror the findings from a 2011 study by Dr. Paul Epstein that estimated the cost of coal’s damages at up to 27 cents/kWh.

The chart below, from the New York Times, shows that over the past 20 years coal has been replaced by fossil gas as the main source of electricity in the U.S. While a number of coal plants have already been closed in North Carolina, there remain additional old coal burners that still need to be shut down. As many groups across the state have said, expanding the use of fossil gas in NC will only make our climate and environmental justice problems worse – with frontline communities bearing the brunt of toxic pollution.

North Carolina is particularly susceptible to climate damage, with much of the state close to sea level. Add in 9 million hogs, 700 million chickens/fowl, and the associated waste from these animals, and you have a potent mix of toxic waste when floods hit – as they have in recent years with Hurricanes Matthew, Micheal, and Florence. Those storms devastated communities in eastern NC, and millions of animals perished.

More and more states are recognizing the very real costs of externalities, such as New York, Colorado, and Minnesota. Minnesota regulators approved a cost of $9 to $42 per ton of emissions up to 2050. The public health effects of energy policy are becoming more widely known, and thus change is coming as affected communities, researchers, and public health officials continue to speak out.

At the federal level, the EPA recently asked the Federal Energy Regulatory Commission (FERC), an agency that oversees oil and gas pipelines, to include a cost of carbon in its analysis of pipeline projects.

Fifty years ago, the “solution to pollution is dilution” helped to sweep the damages from fossil fuels under the rug. In 2021, the situation is far different, as young people, clean energy and public health advocates, indigenous communities and people demand change. Clean energy is now the cheapest type of energy in the land, so let’s get going!

Nancy LaPlaca is an energy expert with almost 40 years of experience in public policy. Throughout the Fall of 2021 Nancy is leading our webinar series ‘Pulling Back the Curtain: Who’s Charting Our Energy Future‘ to help aspiring clean energy advocates reshape North Carolina’s energy landscape. You can learn more about this series and register for upcoming webinars at cleanairenc.org/nc-energy-webinar-series.