In the small rural town of Anderson (population 1,656) on the Alamance-Caswell County line, a community is fighting against increased industrial activities from Carolina Sunrock LLC for an operating asphalt and cement plant. This fight is not new to the residents of Anderson, who have been pushing back against Sunrock for years.

As you drive into Anderson, there are homes on every side displaying signs reading “NO ASPHALT CEMENT PLANT,” followed by “I CAN’T BREATHE.” This is because Anderson is one of the many predominantly Black communities in our nation that are bearing the brunt of our air pollution problem, and seeing significant health and quality of life problems from that exposure. This small community highlights the intersection of socioeconomic, health, and climate issues, connected by three words that have been resonating throughout our country: “I can’t breathe.” 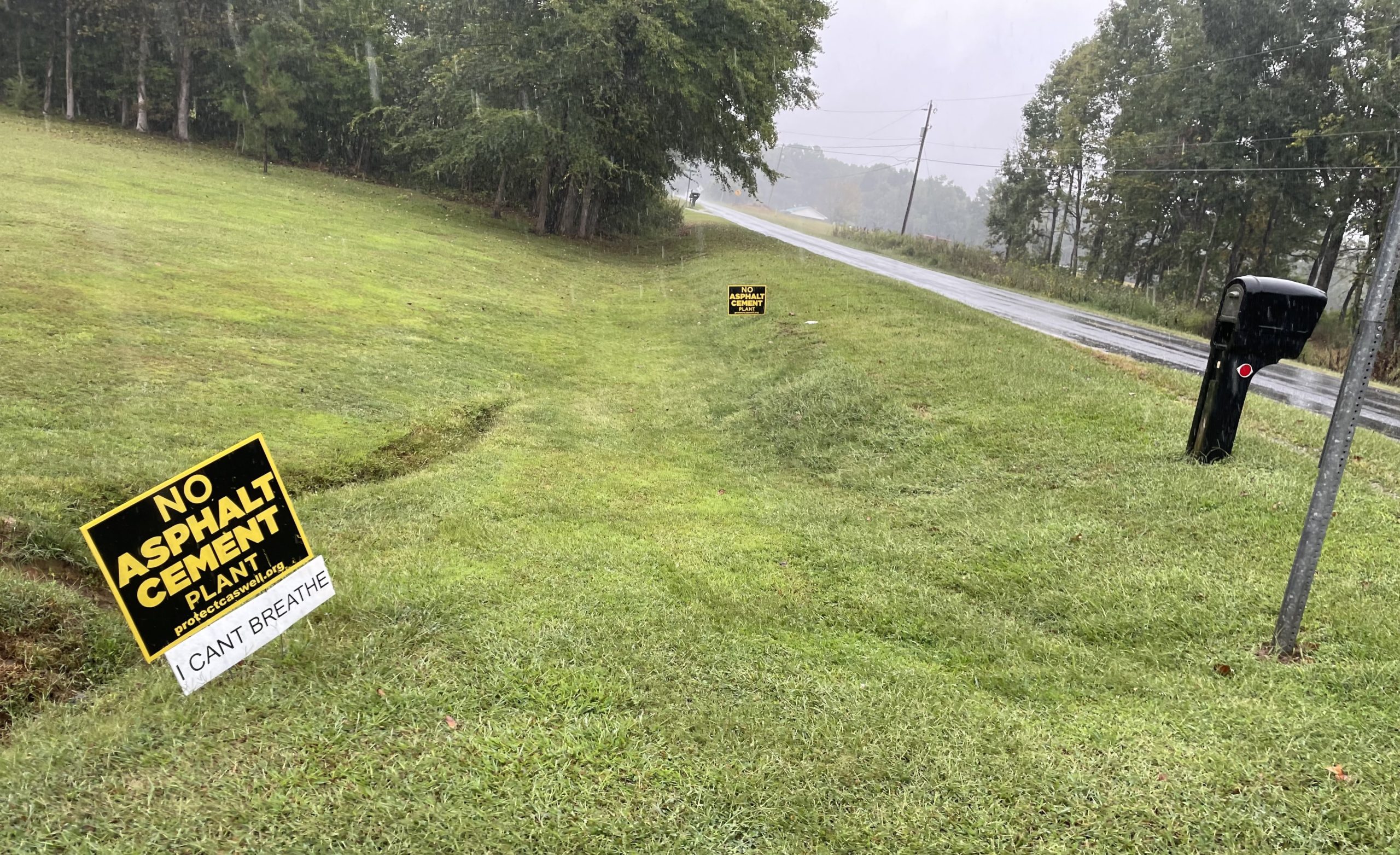 For Eric Garner, George Floyd, and many other Black citizens, “I can’t breathe” is a direct reference to the lives lost at the hands of police brutality. For others the words can invoke the higher rates of COVID-19 contraction and death rates suffered by communities of color in the U.S. For Anderson, “I can’t breathe” signifies the environmental racism their community experiences from living near sources of extreme pollution.

Carolina Sunrock is no exception to this practice, and has a history of violating emissions standards. In 2020 the NC Division of Air Quality (DAQ) denied two Carolina Sunrock permit applications for a proposed asphalt and concrete plant surrounding the Anderson community, and a quarry on the other side of Caswell County in Prospect Hill. DAQ found that the Sunrock facilities would have pumped nitrogen dioxide and sulfur dioxide into nearby areas where people live, play, and work, at levels far exceeding the national health standards for these two pollutants.

Yet Sunrock seemed unfazed to learn it could have endangered lives. Late last year, in response to the permit denials, Sunrock reapplied and subsequently got approved for permits that residents worry are identical to its previous ones, heightening anxieties in the community. 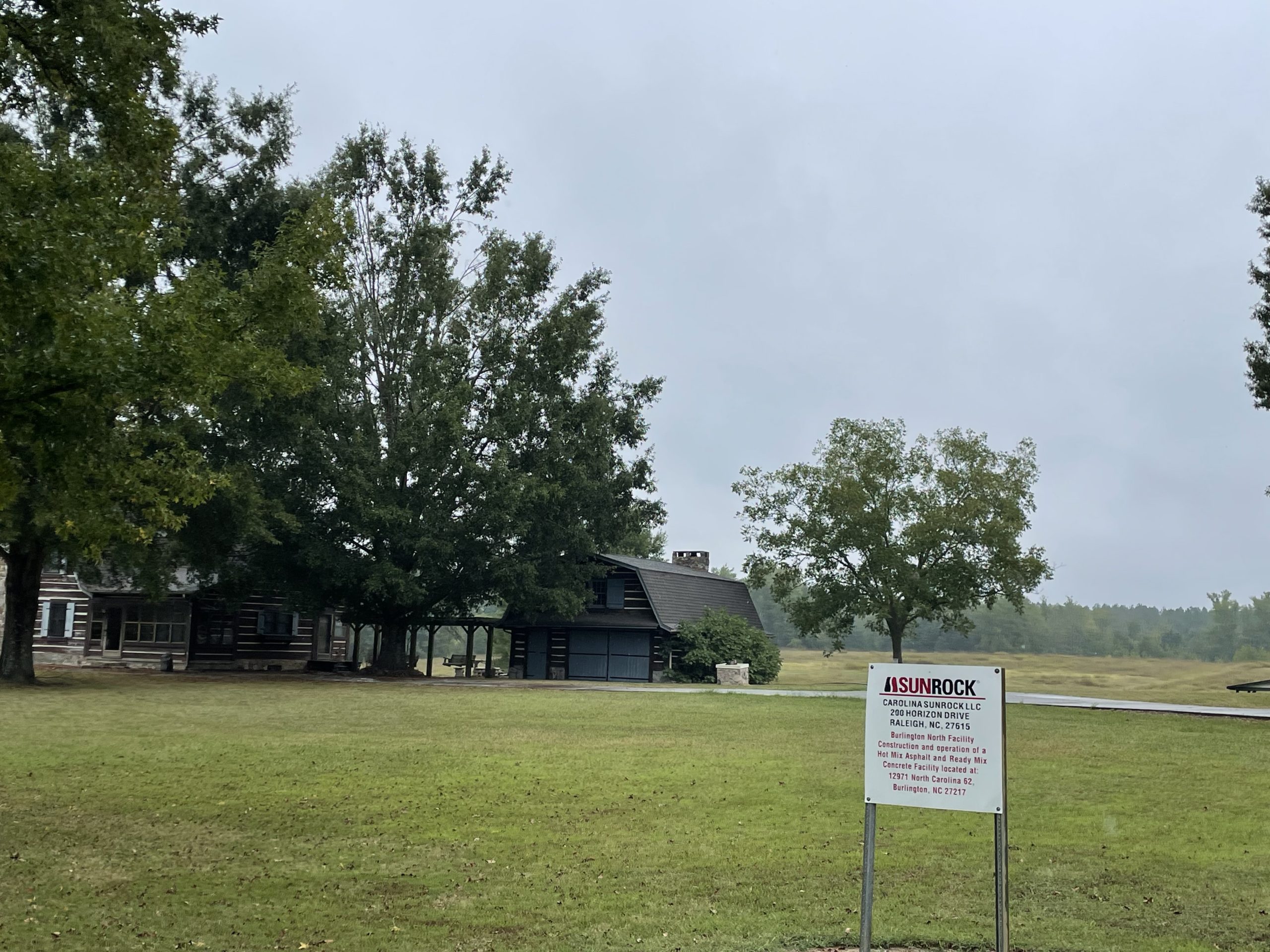 Asphalt plants, like the one Sunrock is now operating in Anderson, are known sources of hazardous air pollutants, including particulate matter, arsenic, formaldehyde, cadmium, and benzene. These toxins can cause cancer, central nervous system problems, liver damage, respiratory problems and skin irritation.

The danger from all these toxic emissions is only magnified in Anderson, where many residents already have existing health problems. Anderson community leader Reverend Bryon Shoffner recently conducted an unofficial health survey in conjunction with UNC Chapel Hill’s Gillings School of Global Public Health, going home-to-home to gather data. Results found that over 90% of Anderson residents who live within a mile of the asphalt plant site have existing issues such as lung disease and asthma which could be exacerbated by Sunrock’s pollution. This is even more concerning in the face of the COVID-19 pandemic where research has found that long-term exposure to even small amounts of air pollution can make someone 8% more likely to die from COVID-19. 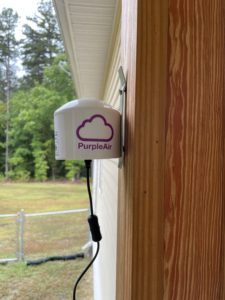 Yet while the situation is daunting and exhausting for residents, they have found a sliver of hope in the form of better understanding the air they breathe and its impacts. To aid in this understanding, CleanAIRE NC has installed two PurpleAir monitors at residents’ homes right next to the asphalt plant site to inform residents about their air quality and potentially gather more data around asphalt plant emissions.

CleanAIRE NC will continue to partner with the Anderson community and communities across the state to ensure that we move towards a more equitable air permitting landscape so everyone can breathe the clean, healthy air they deserve.