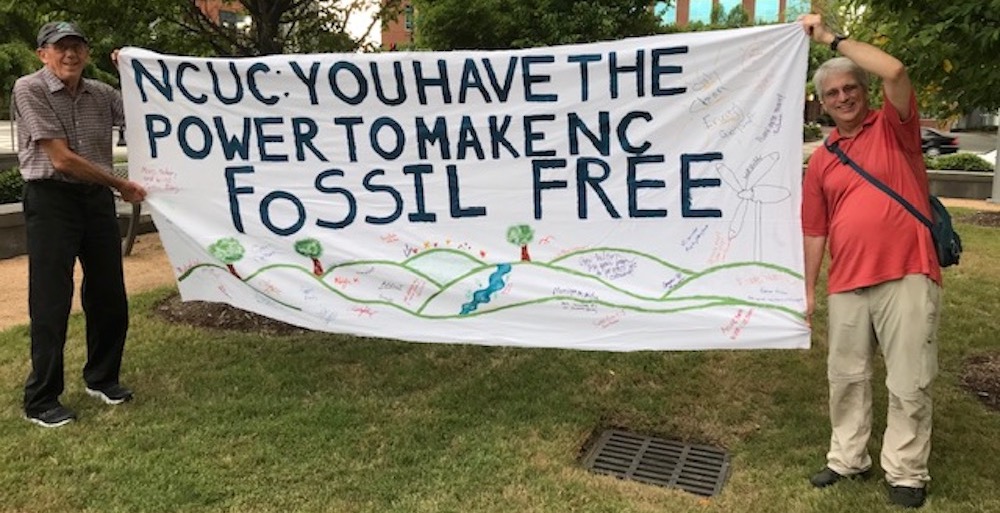 by Kirsten Minor and Devon Block-Funkhouser

On a hot Monday night in July, we were joined by approximately 125 other individuals representing a variety of environmental agencies, frontline communities, and even local and state legislators (such as Senator Natalie Murdock). Nearly all attendees were brought together by a shared purpose: to support a strong NC Carbon Plan centered around clean energy.

Reflecting the strength of interagency advocacy and collaboration, we collectively called for Duke Energy and the North Carolina Utilities Commission (NCUC) to prioritize public health and equity in their proposed Carbon Plan. We demanded a swift transition away from fossil fuels and towards renewable energy sources that will reduce greenhouse gas emissions, protect environmental public health, and mitigate the impacts of climate change for present and future generations. 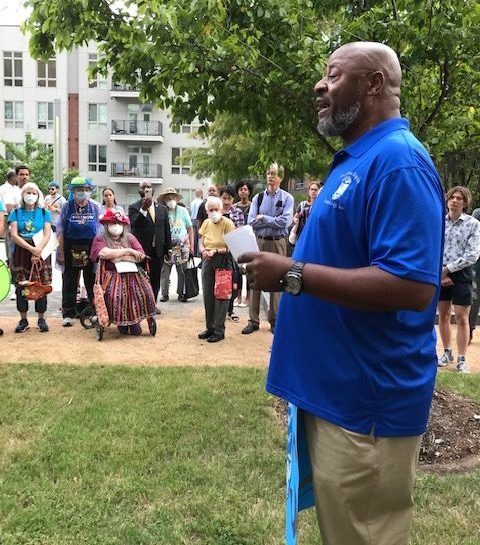 A few things stood out to us instantly. As we approached the courthouse, we were immediately struck by the large number of people who had shown up more than an hour before the hearing began, including some of Devon’s peers from Duke University’s Nicholas School of the Environment. The energy of the people at the pre-hearing gathering was palpable, with rallyers speaking passionately about the need for a just and equitable Carbon Plan. Speakers shared both personal and community reflections critical of Duke Energy’s current proposal, which slow-walks the retirement of fossil fuels and ultimately falls short of the carbon reduction goals House Bill 951 set for North Carolina to protect the environment and the communities most impacted by climate change. (These targets include a 70% reduction in carbon emission by the year 2030, and carbon neutrality by 2050.)

As the hearing began the courtroom quickly reached capacity (~125 people),  with all 50 sign-up spots reserved for public comments filled. The overwhelming majority of speakers rejected Duke’s current proposal as inadequate and advocated for a stronger plan. Several speakers shared their personal experiences with extreme weather events, such as historic flooding from Hurricane Floyd (1999), which resulted in the loss of their homes and claimed the lives of 36 North Carolinians (57 U.S. total) along with approximately $6.5 billion in total damages; and Florence (2018) which claimed 53 lives and cost $24 billion in damages. Another speaker expressed frustrations and concern about increasingly common heat waves, with many residents enduring extreme heat without efficient cooling.

Of the approximately 40 testimonies we listened to, only three speakers expressed support for Duke’s current proposal. One local resident cited economic concerns for her rural community that generally relies upon business generated from fossil fuel industries and tourism. A separate statement in favor of the plan was more confusing as it was suggested that the public could benefit from more carbon emissions, a claim completely unsupported by any evidence.

As the hearings progressed, we were struck by the presence of young children in the courtroom. Children are both listening to and watching the choices we make that will shape their future. Sitting directly behind us were two kids who appeared to be only 7 years of age, yet they sounded impressively informed as they spoke to their parents about the Carbon Plan and the impacts of climate change. Hearing the children’s excitement about the hearing gave us hope for a future when these children will be leading the charge for climate solutions.

Some of our other big takeaways from the Durham hearing:

The Carbon Planning process is still ongoing, and we need your voice! Here are some ways for you to get involved with the Carbon Plan: 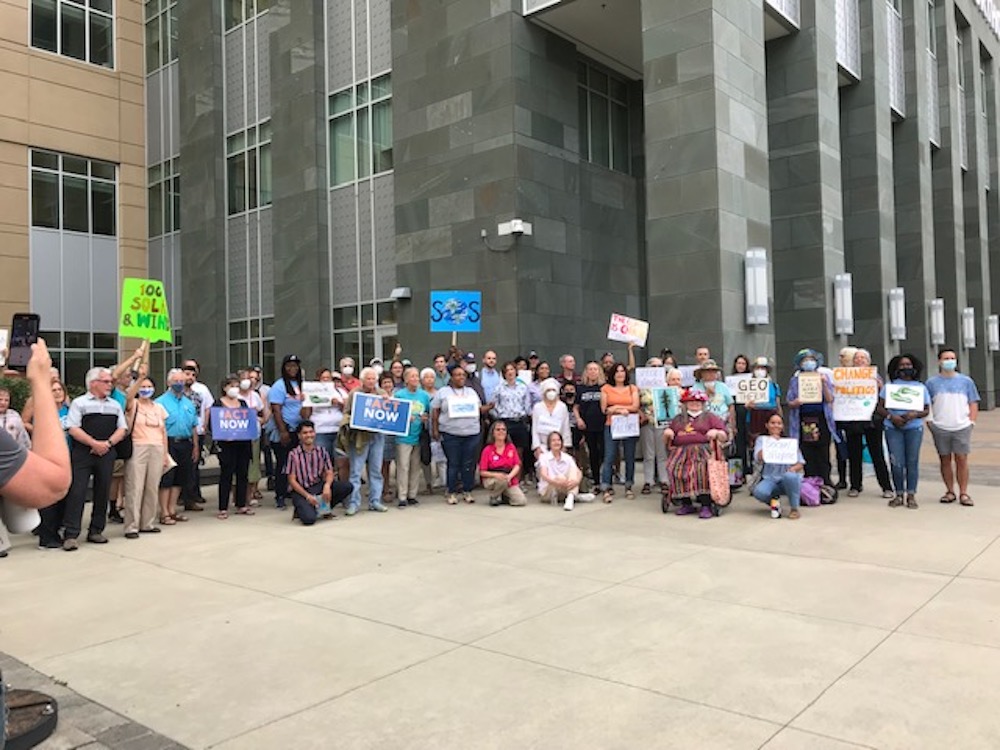